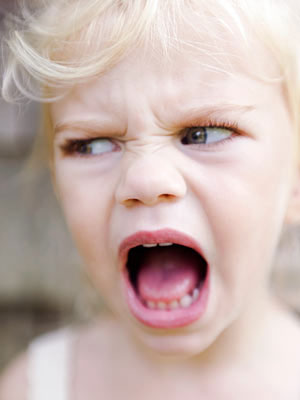 They come in all shapes and sizes. They can involve spectacular explosions of anger, frustration and disorganised behaviour (when your child ‘loses it’). You might see crying, screaming, stiffening limbs, an arched back, kicking, falling down, flailing about or running away. In some cases, children hold their breath, vomit, break things or get aggressive as part of a tantrum.

The causes of tantrums include:

You’ll see fewer tantrums as your child gets older and better at handling bad feelings . Your child will also get better at communicating his wants and needs using words. But tantrums can go on – even into adulthood – if they become a reliable way for your child to get what he wants.

The low-key approach to dealing with tantrums

This approach is suitable for very young children (1-2 years), or for children whose tantrums do not occur very frequently or very severely.